The time of year has arrived at Kings Dominion where every nightmare becomes a reality! Go face your fears at the annual Halloween Haunt on select nights until October 31st. With five mazes, four scare zones, and 6 shows Kings Dominion has upped its scare game to something that would frighten Stephen King. 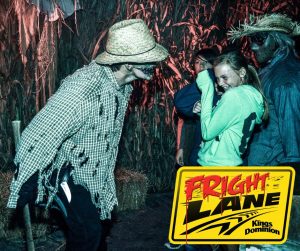 We have to give credit to the maze creators. five equally horrific mazes scattered throughout the park are guaranteed to elicit blood curdling screams from you and your friends. The mazes are set with the kinds of scenes that keep you up for nights: butcher shops with chains of blood drenched meat that eerily chime as a killer lurks, an axeman in silent pursuit as you walk down a foggy boardwalk, a bathtub murder scene where red handprints mark an unfortunate fate. And endless jump scares…Boo! Oh, you don’t get scared, huh? ROTC is throwing down the gauntlet and only you can be courageous enough to accept the challenge.

But if haunted mazes aren’t your activity of choice, you can enjoy the myriad attractions in the park. We specifically recommend the Windseeker and the Eiffel tower should you go at night. Both provide expansive views of the entire park; you can see flickering lights that outline the tracks of the coasters, the bright neon signs of the JukeBox Diner, and the LED iPhone screens of hundreds of park goers as they chaotically shift their attention between social media and a causing a social faux pas. Of course, there are also the classic rides such as the Intimidator, Dominator, and Anaconda as well as Planet Snoopy for the younger generations.

We will now turn to the park gastronomy. Amusement park food is like a sibling, not particularly great, sometimes makes you sick, yet tolerable and you learn to love it. Hotdogs, chicken fingers, funnel cakes with ice cream and hot fudge… we are on this planet for a good time and not a long time so we are here for it.

To sum up our experience as a letter grade, we would like to give Kings Dominions Halloween Haunt a solid “A” (meaning you should absolutely get a ticket and go). What might be holding our experience from an “A+” rating? Truthfully, the shows were a bit corny as to be expected and some of the maze actors were a bit lackluster. 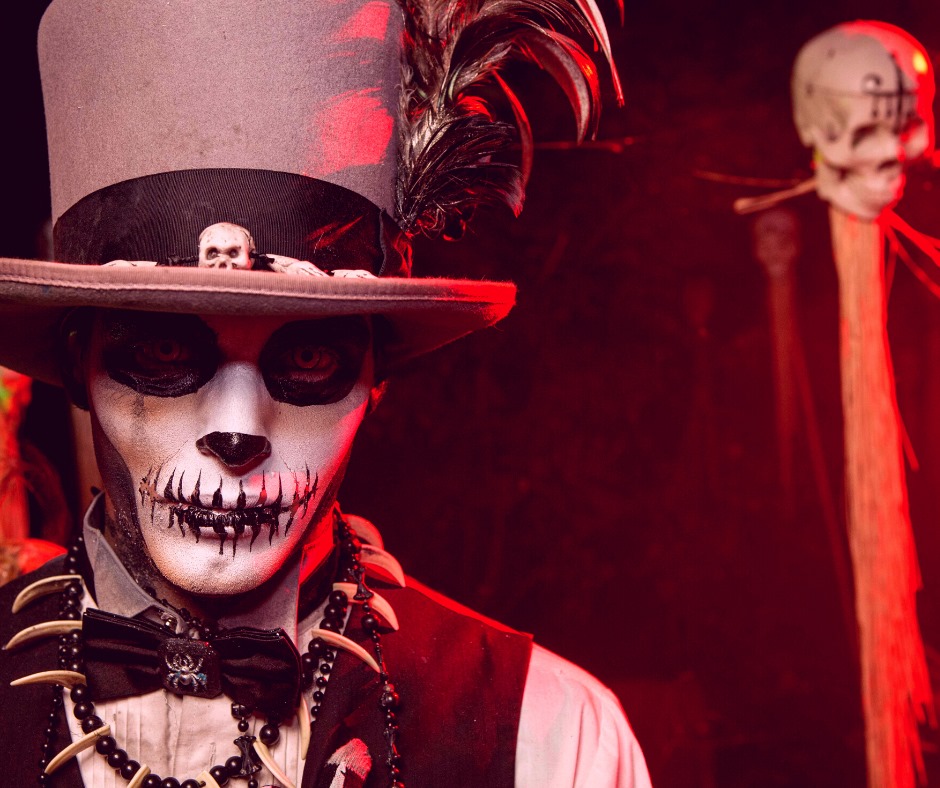 Clearly, Kings Dominion did not seek out Broadway talent, but it would be questionable if Broadway talent were to work a haunted maze. But the vast majority of workers, whether in the mazes, guest services, or restaurants are eager to ensure that you have an exciting and safe experience at the park. You will not be disappointed! 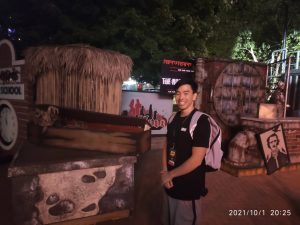 Richmond on the Cheap contributor Zach Perkins works as a developmental biology research technician at University of Richmond and volunteers as an EMT at CrossOver clinic. He’s a U Richmond graduate who studied biology and philosophy. You can catch Zach whitewater kayaking on the James River, but only until early October because he gets cold easily. Cheap credentials: try eating ramen, Walmart low-sodium black beans, and raw vegetables every day for lunch. Low cost (~$1.00), healthy, nutritious, delicious.