All my comic book nerds in Richmond listen up, I have the perfect place for you – Velocity Comics. Velocity Comics is a nostalgic comic shop located in the downtown area in Richmond on West Broad Street. Originally called Graystreet Comics until 2003 when the shop changed its name to the one we now know, Velocity.

When you first walk in the shop it’s small inside, but big enough to house thousands of comics, older and newer. The slim aisles are filled with pages of action and excitement. Not only do they have comics but also graphic novels and manga in their own sections. They have an overwhelming amount of selection that you could get lost in looking at for hours. I took the time to talk to one of the owners of Velocity, Ron, to get more information about the shop. Ron and his coworker Patrick own the comic shop now. 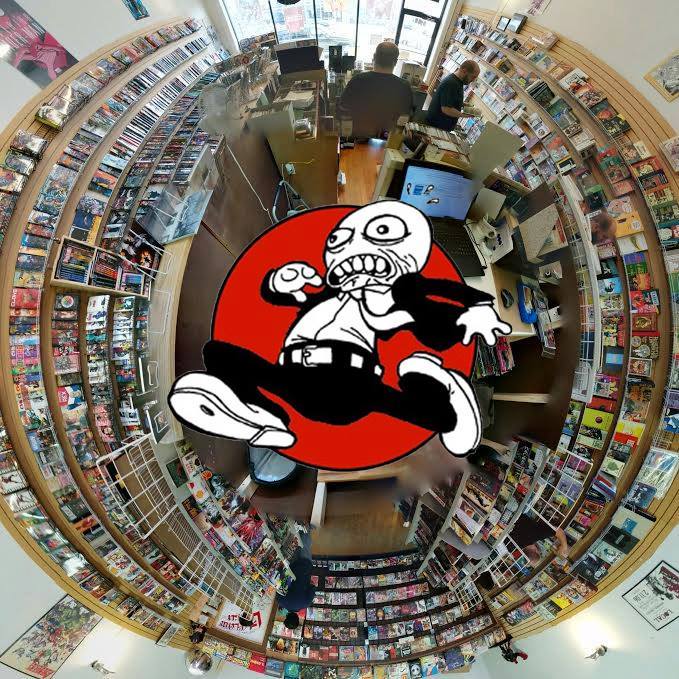 Patrick worked at the shop while it was still Graystreet Comics, when he got the opportunity to purchase it and in 2003, Velocity was born. Ron started working at Velocity one day a week and 10 years later was offered to be a partner. Their love of comics inspired them to be here at Velocity.

When I asked Ron what his favorite part of working at a comic shop was, he said it was the best job he ever had, especially when you work for yourself. Ron went to school for art and he said it’s nice to be surrounded by all the art and illustrations. Ron talked about how nice of a feeling it is when he recommends something to a customer, and they come back and give feedback on what they read.

I asked him about the kind of audience that comes in and out and he talked about how people from all over the map that come in and that the largest growing audience is young females and basically anybody who loves comics. 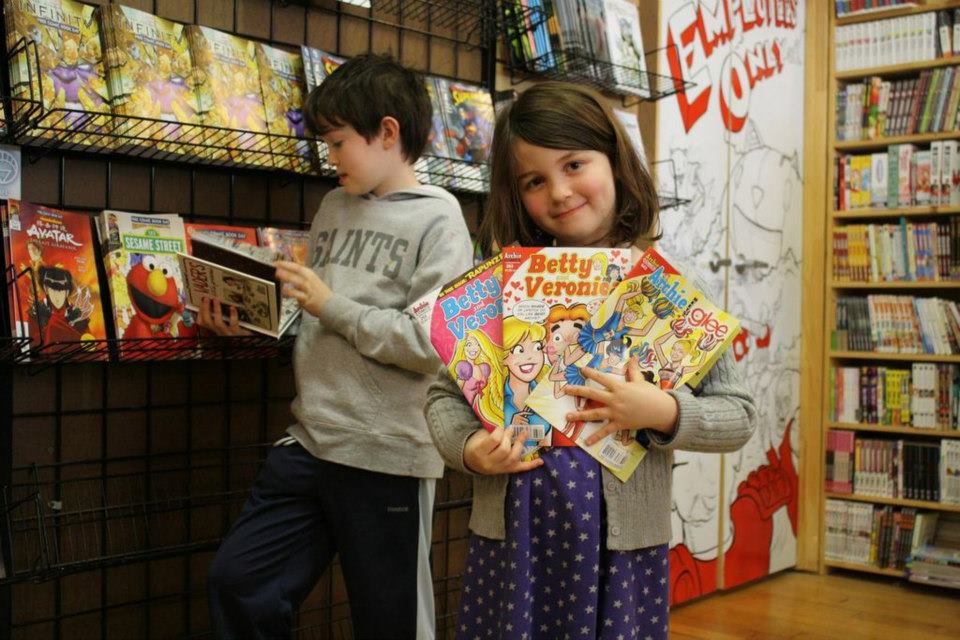 This is one of my favorite comic shops I have ever been to. Ron was extremely nice about the interview and article and tried to answer my questions to the best of his ability with patience. After I was finished with the interview, I went to look around and shop. In the back there is an area where all the new and fresh comics are, and I went straight there. 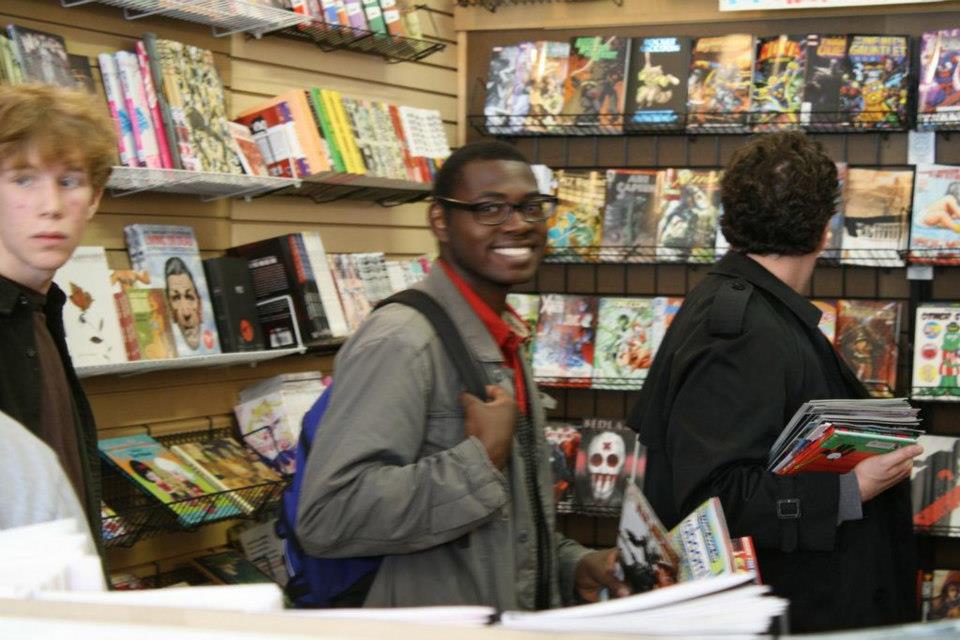 My favorite part about that area is that all the comics are $4 bucks and it’s great for when you’re broke and can’t afford anything over $10 bucks. If you want an older comic those are great too for broke people because most are $1-$5 bucks also. There’s so much to choose from that it’s hard to choose, so keep that in mind when you come in because you might want to be there for an hour. There are also collectibles like Funko Pops, action figures, and posters. I grabbed the first issue of the America Chavez while vibing to the old music in the background that added to the mood of the store.

When I went to checkout Ron, was very helpful and my comic was cheap so I was able to afford it. I left happy and ready to read a good comic. It was in great condition and I really enjoyed it. In all, I really recommend coming to Velocity. The staff at Velocity are wonderful, the selection is diverse. I recommend Velocity Comics as the place you should go to get comics!

– By Alana Bond. Alana Bond is a 13-year-old student who lives in Henrico, Virginia and is an 8th grader in middle school. She enjoys reading comics, watching TV and playing games when they get the chance. She is looking forward to exploring writing later in life. Alana produced this review as a part of the Richmond Young Writers Teen Summer Guide writing workshop.

Founded in 2009 with the intention of introducing young people to the joy of creative writing, Richmond Young Writers offers summer intensives, after-school programs and specialized workshops to students in the Richmond area. Learn more about RYW at http://www.richmondyoungwriters.com/ 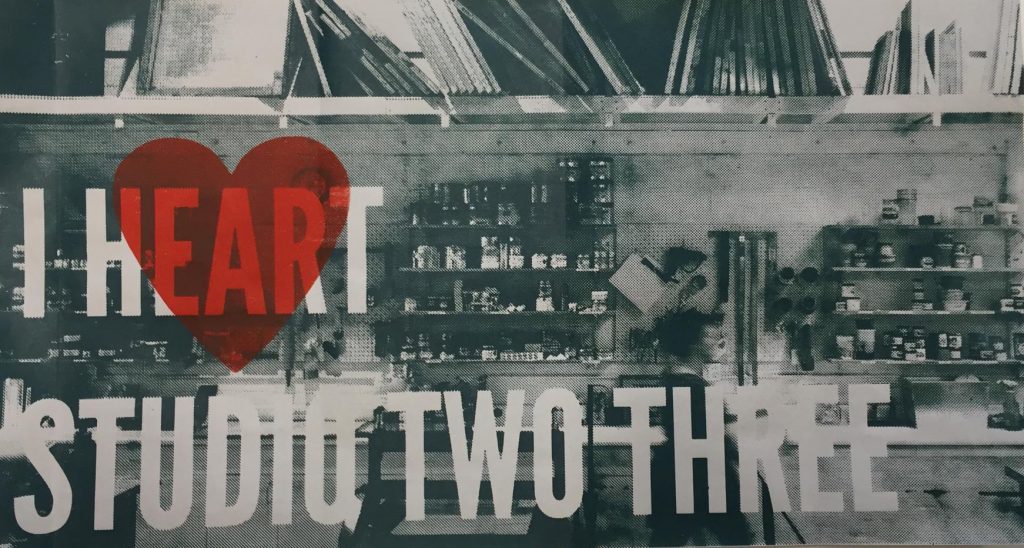 Thanks to the Studio Two Three for hosting the Teen Summer Guide writing workshop. We loved being in your space. Studio Two Three is Richmond’s nonprofit space for making art, offering classes, memberships, studio rentals, an event space and a mobile print and photo making studio in a retrofitted ice cream truck.http://studiotwothree.org/